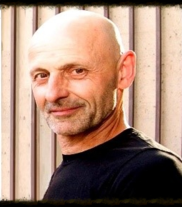 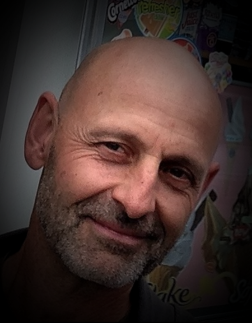 ​When he was 14 years old, Edward began working at a local Fresno bicycle shop. He cycled vigorously as a teenager, and this fervor of all things bicycles lasted until he died. He was a well-respected cyclist, venturing out on weekends to ride with different teams and many friends - often powering through century rides.

Because of his passion, focus and driving force, he was affectionately known as "The Hammer" by his bicycling cohorts. Throughout his adult years, he could often be found mentoring a cycling novice and would regularly lend a mechanical hand to bike shops in town, just because he enjoyed being a part of all things "bike."

Edward was his own person from the day he was born. As soon as he could walk, he would climb out of his crib and partake in mischief. At age two, he emptied all the dry ingredients out of the cabinet, mixed them together on the floor and announced that he was making breakfast. That was the beginning of a creative, precocious life.

There are no adjectives to truly describe Edward Odd Lund, III.  To say he was loved by many is an understatement. Not only did people feel great affection for him, but they admired his intellect, artistry, gracefulness and warmth. He was a dynamic, unique individual who touched many, many lives.

In his lifetime, Edward was also an artist, ballet and modern dancer, metalsmith, carpenter, gardener, classic Volvo enthusiast, rock climber, outdoor adventurer, and gourmet chef. His preferred art medium was conceptual, and he created multiple art exhibits that inspired political and social statements. He lived in Fresno, Toronto, Oakland, Seattle and Manhattan - returning to Fresno in 1999 to complete his master's degree in studio art at CSU, Fresno. He was a sought after art curator, art installation aficionado, and teacher.

​One of the great beauties of Edward was that he never forgot the child inside of him and always lived in the moment, not the minutes.

He lived to the point of tears.

Edward was known for the precision and care with which he had presented the art in shows he curated or installed – not just from a technical standpoint in terms of the works being perfectly arranged, but also in the sense of how he used a space in terms of flow and narrative. Everything from color choices for the walls, typography and layout were all coordinated in a way that suggested smooth, crisp professionalism.

Much of this text was taken from articles written by Ed's friends and family.

He was very bright and passed all the Mensa tests but when asked to join, he declined. He was never a member of anything, but he was a part of everything. Rather than belong to one particular club, team or group, he would enjoy the comradery of many - always accepted and loved for his contributions. His motto for life was "live to the point of tears," which sums up his passion and verve for everything important to him.

A trim and affably quiet man, Edward often could be found wearing a simple black T-shirt. He was a founding member of the Corridor 2122 art gallery, a fixture of Fresno’s gallery scene and an expert art installer, juggling gigs at such venues as Fresno State, where he was gallery technician at the Phebe Conley Art Gallery, as well as the College of Arts and Humanities Dean’s Gallery in the Music Building and the Graduate Art Studios at the M Street Arts Complex in downtown Fresno; Fresno City College, as curator of the Art Space Gallery; and, in years past, as a significant contributor to the Fresno Art Museum.